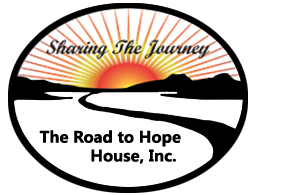 Margaret A. O'Bryon is an Ohio State Bar Association Certified Attorney Specialist in the area of Workers Compensation Law. She concentrates her practice in employer workers' compensation law, public law, and employment law. In her workers' compensation practice, Margaret represents self-insured and state-funded clients in matters from the administrative level at the Ohio Industrial Commission through the court system, from Common Pleas Court to the Supreme Court of Ohio, providing aggressive, efficient, cost-effective defense. Margaret’s clients represent an array of public and private industry including health care, manufacturing, construction, and school districts.
She is knowledgeable in the legal interplay between workers' compensation, the Family Medical Leave Act, the Americans with Disabilities Act, and unemployment benefits, defends discrimination claims before the OCRC and EEOC, and prepares employee handbooks, drafts workplace policies, severance agreements. In Public Law, Margaret also has twenty-six years of experience as a prosecutor for six different municipalities.
Margaret began her legal career in the Erie County Prosecutor's Office and has since served as prosecutor in the cities of Lorain, Elyria, Amherst, Vermilion, and the villages of Wellington and Kipton. She is currently the law director for the village of Kipton and an assistant law director for the city of Elyria. Margaret is a member of the Cleveland Metropolitan Bar Association, Lorain County Bar Association, the Ohio State Bar Association, Leadership Lorain County, 100+ Women of Lorain County, and a former member of the Giving Circle for the Community Foundation of Lorain County.
Margaret received her Bachelor of Liberal Studies from Bowling Green State University and her law degree from Case Western Reserve University School of Law, where she obtained the highest individual score on her Jessup Moot Court team. She was an adjunct criminal law professor for four years at Lorain County Community College. 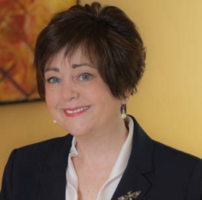 
Use the form below to send Larry a message:

Jack Matia was born and raised in Elyria, Ohio. He graduated from Elyria Catholic High School and then attended Drake University in Des Moines, Iowa. After college, Jack started his career in the car business, where he purchased his first dealership, Jack Matia Chevrolet in 1992 and sold in 2011. He also purchased Jack Matia Honda in 1995 and still owns presently. Jack has been married to his wife Barb for 30 years and has two daughters, Jacquelyn and Michelle, and two grandchildren. When he’s not selling cars, Jack enjoys fishing, golfing and boating with his family. Jack was gifted his sobriety in 2003 and enjoys helping friends in his community. 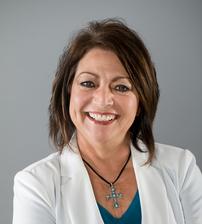 John Musson was born and raised in Akron, Ohio. He received his B.A. from the University of Akron in 1972 and his Juris Doctor degree in 1975. He was commissioned as a Captain in the U.S. Army in 1972 and served as a Judge Advocate in Frankfurt, Germany from 1975 to 1980. He retired from the Army as a reserve Lieutenant Colonel in 1996.

After his active duty tour John and his wife, Maureen, moved to North Ridgeville where he established a law practice.He maintained his practice from 1980 to 1997 when he was elected Judge of Elyria Municipal Court.During those 17 years he also served as an Assistant law director for North Ridgeville, as the North Ridgeville Prosecutor, as an Assistant Lorain County Prosecutor, and as a Referee in the Lorain County Domestic Relations Court. John served two terms on the Elyria Municipal Court and retired in 2009. He now serves as a visiting Judge at various municiapl courts from time to time.

​John and Maureen raised two wonderful children, Julia and Daniel, and have five grandchildren. John retired from Civil War reenacting in 2013 having attained the rank of Private. He dabbles at oil and acrylic painting but lists his principal hobby as seeing as much of the world as time allows.


Larry was elected as a trustee to the board of the Road to Hope foundation in 2013. He comes from a large family, with 6 siblings. He and his loving wife have continued the family tradition on their own, raising 5 children, and have 8 grandchildren, with 1 more on the way. They also have 2 adopted grandchildren, as a direct result of the overdose death of their youngest son’s girlfriend in 2012. Larry has been clean and sober since 1994, and his wife has 20+ years in a recovery family group.

Larry has actively participated in faith based and recovery based outreach programs and fundraisers. He enjoys his opportunity to work with the Road to Hope, not only helping those in recovery, but the families and surrounding communities that are affected by drug and alcohol abuse.


Use the form below to send Larry a message:


Dave was elected to the Road To Hope Board in 2015, and has been an active volunteer prior to that. His interest has arisen from his association with other members of the Board, as well as to some of the residents of RTH. Dave is a native of Columbus, and is proud to be a third generation Buckeye. He attended The Ohio State University, receiving his BS in 1979, and graduating from the College of Veterinary Medicine in 1984. Since that time he has been a resident and practicing veterinarian in Lorain County. Dave and his wife of 17 years have a combined family of 3 grown children. Dave has an interest in music and history, and makes an attempt to play golf when he can. He received the gift of sobriety in 1994, and has been an active member of AA since that time. He sees his service to the RTH as one of many ways to give thanks to God for the many blessings he has received.


Use the form below to send Dave a message:


Andy became a familiar with RTH in 2009. He immediately took an interest and became involved as a volunteer, assisting whenever possible. Andy was elected to the Board in 2011 and agreed to the responsibility of Vice President in 2012, he was appointed president in 2014. His brother, Stephan, has been a sober resident of the RTH since 2010. Andy is a veteran of the armed forces, having served one tour of duty during the Vietnam War. He has owned and operated a swimming pool service business for over 30 years, with hundreds of satisfied and happy customers. Andy and his wife of 44 years, being of retirement age, love to travel and have been to Europe and all around the US. They take pleasure in their two adult sons and three granddaughters, visiting whenever possible. God has been such a blessing in their lives; they welcome the opportunity to share with others what was so freely given to them. Andy received the gift of sobriety in 1981, and is forever grateful for the fellowship and the help; he and his family have received from RTH.


Use the form below to send Andy a message:


Ken became familiar with the Road to Hope when it helped save the life of a dear loved one who had hit bottom and had nowhere else to go. Having experienced this and numerous other recoveries (and tragedies), and seeing his own and other families that were torn apart by alcohol and drugs made whole again, he tries to express his gratitude through efforts in support of the Road to Hope. Ken is a native of northeast Ohio where he was born in 1955 and has lived for most of his life. He attended Baldwin-Wallace College in Berea, Ohio as a Communications Major and has traveled extensively throughout the U.S. in various sales, marketing and management positions. He has represented major manufacturers in the remodeling/home improvement industry in wholesale management positions since 1980. Ken and his loving, patient wife of nearly 30 years have three grown sons and enjoy their expanding family, scuba diving, travel and precious time together. Having been given the gift of sobriety in 1998, Ken has been a grateful and recovering alcoholic, one day at a time, ever since. He is honored to serve on the Board of the Road to Hope, is touched and encouraged by the miracles and blessings, and is dedicated to helping to fulfill, and expand, our Mission.


Use the form below to send Ken a message:


Use the form below to send Gene a message: 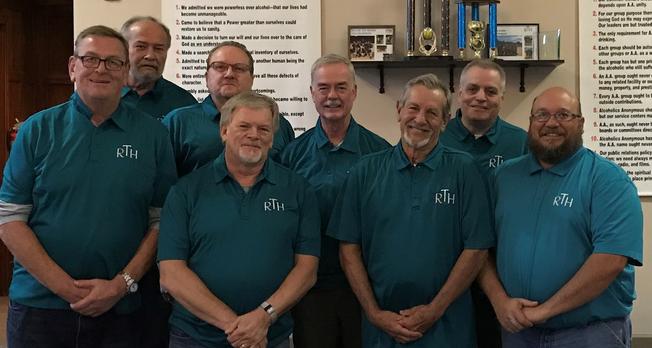 Road to Hope Board Members & Trustees